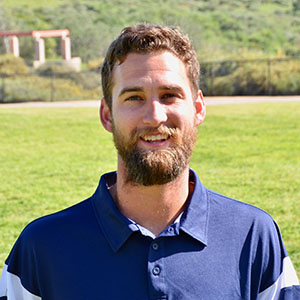 Kevin started playing lacrosse in 3rd grade in Crofton, Maryland. He led the Crofton Cardinals to their Maryland State Championship in 2004 as a 7th grader. He went on to have a successful career at Archbishop Spalding High School, which plays in the toughest high school lacrosse conference in the country, the MIAA A. He was a captain and led the team to its playoff berth.

Kevin was fortunate enough to receive a scholarship to play lacrosse at the University of Maryland and went on to help the team to two National Championship appearances in 2011 and 2012. As a sophomore in he helped lead the team to an ACC Championship earning All ACC Tournament Team honors in the process. In 2012 as a junior, Kevin was honored with the team’s Unsung Hero Award. As a senior in he led the team in points, goals,  assists after switching positions from Midfield to Attack. He was honored with the Dick Edell “Big Man” Award, which is given to the player that best exemplifies the positive and selfless qualities of the legendary coach.

Kevin was selected with the 16th overall pick in the 2013 MLL draft to his hometown team, the Chesapeake Bayhawks. In Kevin’s rookie debut he scored 3 goals and an assist to earn Player of the Game honors as well as MLL Rookie of the Week. Later that season the Chesapeake Bayhawks MLL Champions. This past 2018 MLL Season Kevin played for the Charlotte Hounds and was twice named MLL Player of the week; Scoring 7 goals and 3 assists setting a franchise record in points and goals in week one and scoring 4 goals and 1 assist in front of family and friends back in Annapolis, Maryland in week 15.

Kevin has been Head Coach at La Costa Canyon for the past 4 seasons accumulating a 54-12 record as well as the 2017 San Diego CIF Championship & Coach of the Year award in his first year with the program. Kevin has also served as a youth lacrosse and an Assistant High School Coach in the Southern California area over the last five years before taking over at La Costa Canyon in 2017. In 2014-15 he was an offensive coordinator for Poway High School helping them win the 2015 CIF San Diego Championship in an upset victory over Torrey Pines. In 2016 Coach Cooper began to coach San Marcos High School as an assistant under his great friend and mentor, Mike Mathai. The Knights went 3-13 the year before and in one year Coach, Cooper helped led them to their first-ever CIF D1 Championship berth. Kevin’s passion in life is teaching and playing the game of lacrosse to the youth and high school players of San Diego & beyond. Since moving to California in 2014, he has helped over 90 young men go on to pursues their dreams of playing college lacrosse & over 65 Bulls players since starting the program in 2018!!! Kevin is 29 years old and resides in Encinitas, California.

Coach Brian Cooper attended Archbishop Spalding High School in Severn, Maryland where he remains one of the most decorated players in the school’s history.  Upon graduating in 2010, Brian was named a US Lacrosse All-American, as well as an Under Armor All-American.

Brian was listed as the #36 overall recruit in the Nation and the #11 ranked midfielder by Inside Lacrosse for his graduating class. Cooper was then recruited to the University of Maryland to further his lacrosse career at the D1 collegiate level.  At the start of his sophomore year, Cooper was moved to close defense where he started every game, contributing to the team’s run to the National Championship in 2012.

As a junior and senior, Brian moved to the defensive midfield line where he continued to be a starter for the remainder of his collegiate career.  After the completion of his senior season, Brian was honored with the William Cole Award as Maryland’s best midfielder. Brian was then selected as the #64 pick in the MLL draft by the Chesapeake Bayhawks.

Brian began coaching in 2009. When he founded Cooper Lacrosse Camps.  Brian has been the head coach of the 3d 2019 Select team leading them to multiple Championships over a span of three seasons.

In 2016, Brian became the defensive coordinator at La Costa Canyon High School.  In his first season, Brian led a defense that gave up a CIF-low of 6.7 goals per game.  The Mavericks capped their historic season by winning the CIF Championship & receiving a #2 ranking in California.